Let us see what the Americans have to say:

The USA even BLOCKED the ARMS DELIVERY to the Philippines when the Philippines NEEDED the arms to fight the terrorists who were killing the Filipino soldiers with MORE ADVANCE WEAPONS.

Only after China & Russia donated arms did the US release the arms delivery to the Philippines.  It was China’s guns that made the fatal shot that killed the terrorist leader and led to the end of the Marawi Crisis. 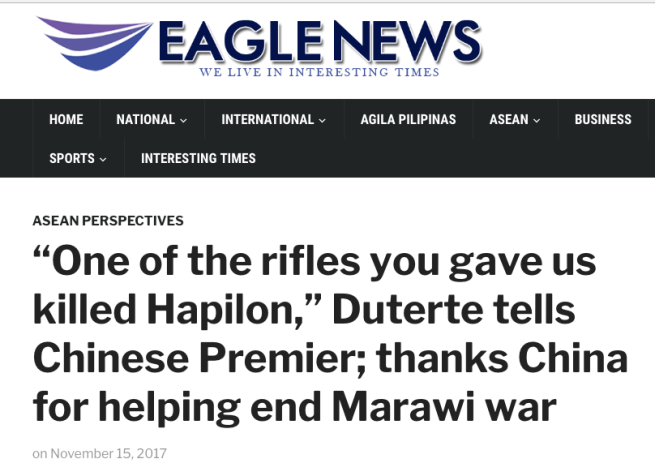 As a Philippine Supreme Court Judge, shouldn’t Carpio be defending the Filipino national interest, or is he lying for someone else?

How come Carpio is silent about the US violations of Philippine laws?

The US rapes and murders Filipinos and tells the Filipinos they have NO RIGHT to have custody.