(Warning: Graphic Footages)
Whenever these foreign leaders are no longer following every whim of the US or become friendly to countries the  US doesn’t like…

The US government itself had to admit after declassified information were released six decades later that the CIA played a DIRECT ROLE in the OVERTHROW of DEMOCRATICALLY elected leader of Iran and the ASSASSINATION of PAKISTAN’s first prime minister.

The reason: the moderate-democratically elected, popularly-loved Iranian Prime Minister required a British-owned oil corporation to be transparent about the company’s control over Iranian oil reserves. Upon the refusal of the British to co-operate with the Iranian government, the Iranian parliament  voted to nationalize Iran’s oil industry and to expel foreign corporate representatives from the country.

In August 2013, 60 years after the coup, the American CIA admitted that it was IN CHARGE of both the PLANNING and the EXECUTION of the COUP, including the BRIBING of Iranian politicians, security and army high-ranking officials, including PRO-COUP PROPAGANDA.  The expose also revealed that the coup was carried as an act of US foreign policy, approved at the highest levels of government.

Pakistan’s first prime minister was not as lucky.  He was assassinated by the US CIA for refusing to cooperate with the US plans in the region.

Iran and Pakistan were not exceptions.

The assassinations became so rampant and the realization that US-inspired coups and assassinations were counterproductive that in 1976, then president Gerald Ford signed an executive order stating: “No employee of the United States government shall engage in, or conspire in, political assassination.”

the world knows the US-CIA did not stop assassinating world leaders, but instead of doing it directly, they learned how to better use “sympathetic local military, locally hired criminals or pliant dissidents.”

The US, and the world, have yet to learn.

In 2006, the US had Saddam Hussein killed by his own people based on FAKE NEWS of Weapons of Mass Destruction that the US Secretary of State later admitted was a LIE…

The country has since descended into CHAOS, after more than a MILLION DEAD, millions more turned into refugees, and the creation of ISIS that is terrorizing the whole world… Iraq is now widely regarded as a FAILED STATE. 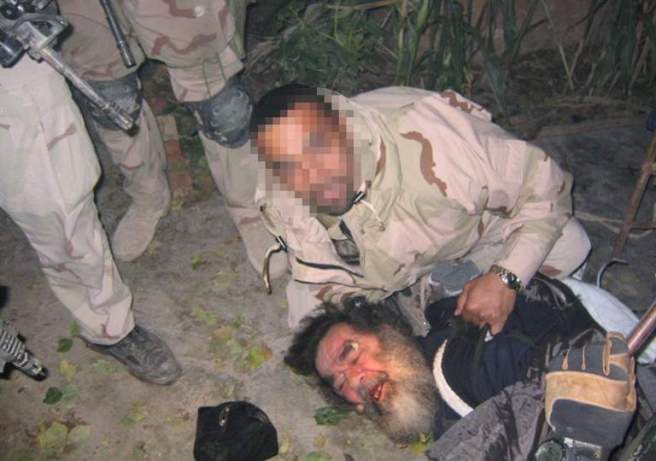 Since then the US:

simply chang(ed) the terminology from assassination to targeted killings, from aerial bombing of presidents to drone attacks on alleged terrorist leaders.

In 2011, US Secretary of State Hillary Clinton even laughed about the killing of  Libya’s sovereign leader Gaddafi that plunged Libya and the region into CHAOS.

Although these leaders were not saints, their uncompromising / nationalist-hold on power amidst the volatile and complex religious and racial groupings of their societies enabled the fragile peace in the regions, which collapsed with the US interference… leading into WARZONES and the DESTABILIZATION of the region and the world today.