Inquirer, Rappler and alleged “experts” are covering up a decades-old FILIPINO-PROBLEM by blaming China

…the DETERIORATING ENVIRONMENTAL SITUATION of our Filipino fishermen will continue and jeopardize their livelihood.

…without properly presenting the facts that the DEPLETION of the FISH STOCKs is a FILIPINO PROBLEM that has been going on for DECADES….

…largely due to the Filipinos continued use of DYNAMITE FISHING and FAILURE to ADOPT SUSTAINABLE ENVIRONMENTAL PRACTICES.

…is a DISSERVICE to the EFFORTS of our marine & conservation scientists, environmentalists government agencies like the Bureau of Fisheries and Aquatic Resources (BFAR) and the Coast Guard.

…More dangerously, this will only DIVERT the attention away from the REAL PROBLEM and WILL NOT HELP OUR COUNTRY.

In 2016, this NatGEO documentary presented the fact that the “fish are no longer to be found” in Apo Island FOR YEARS, and that the fishermen had to resort to eating canned foods.

This is where APO ISLAND is located… similar cases are happening ALL OVER THE COUNTRY. 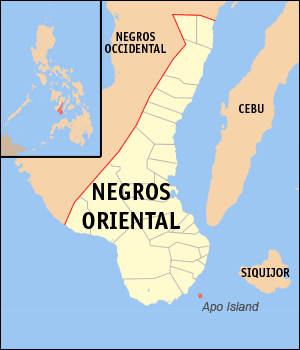 Yet Inquirer, Rappler and so-called “experts” are blaming China?  Will we blame China for all the problems of Filipino fishermen and farmers in the whole country that we Filipinos ourselves failed to manage and conserve?  How about the 3.1 million families that experienced hunger under the previous administration?

WHAT ARE THE REAL CAUSES OF THE PROBLEM:

In a 2008 report:
the problem of Dynamite Fishing in the Philippines has been a decades old practice.  Some fishermen get hurt themselves by the dynamite blowing up in their faces, but the real marine environmental problem involves the coral.

Most local Filipino fishermen do not realize that by destroying the coral reefs, they destroy the homes of the fish, resulting in less area to fish.

This causes the fishermen to move to other fishing areas and dynamite fish there and it destroys more of the coral reef.

In 2011: INQ itself reported that Filipino poachers destroyed coral reefs TWICE the size of Manila!

Despite the BFAR declaring an “all-out war” on rogue fishermen, admitted the problem of Filipino dynamite fishing has been destroying the fish stock for the past 40 years, the practice is still endemic and is estimated to have damaged 70 percent of the archipelago nation’s coral reefs.

This figure is supported by the World Atlas of Coral Reefs, compiled by the United Nations Environment Program (UNEP), which reported that 97 percent of reefs in the Philippines are under threat from destructive fishing.

The Bureau of Fisheries and Aquatic Resources (BFAR) declared an “all-out war” against dynamite fishing and other illegal fishing practices.

BFAR revealed that the country’s major fishing grounds have shown signs of over-fishing.

Municipal and commercial fishermen have reported declining catch in the past 40 years due to over-fishing, illegal fishing and pollution, the BFAR said.

“All the major causes of a fish decline are manmade and therefore preventable if all stakeholders would take their responsibilities seriously,” Perez said.

In a NyTimes report titled: In the Philippines, Dynamite Fishing Decimates Entire Ocean Food Chains  reported the findings of a survey of Philippine coral reefs conducted from 2015 to 2017 and published in the Philippine Journal of Science, there are no longer any reefs in excellent condition, and 90 percent were classified as either poor or fair.

An online petition that garnered more than 32,000 signatories shows the human cost of not squarely managing the REAL PROBLEM.

In 2014, under the former government, the Philippines was WARNED over insufficient action to fight against illegal fishing by the European Commissioner for Fisheries and Maritime affairs.

PROGRESS begins by having the TRUTH, honestly facing the PROBLEM, and instead of BASHING and BLAMING, helping WORK on the SOLUTION.