The FACTS, in response to the LIES peddled by the pro-Aquino groups / fake-news makers  who are trying to COVER-UP the series of MISTAKES / LIES…

Worse, instead of correcting their mistakes or let others do so, they attack Duterte, demonize China, and glorify the war-hungry USA that is pushing to militarize the whole world… at the RISK of PROVOKING the Philippines to WAR?

FACT #1:
In 2012, Aquino & Albert Del Rosario MILITARIZED the Scarborough (Panatag) FIRST and ENDED up LOSING IT…

FACT #2:
Former DFA Secretary Albert Del Rosario and DND Secretary Gazmin LIED to the Filipinos and to the world about China building CONCRETE BLOCKS when the blocks were actually placed there by the USA, as the AFP later admitted. 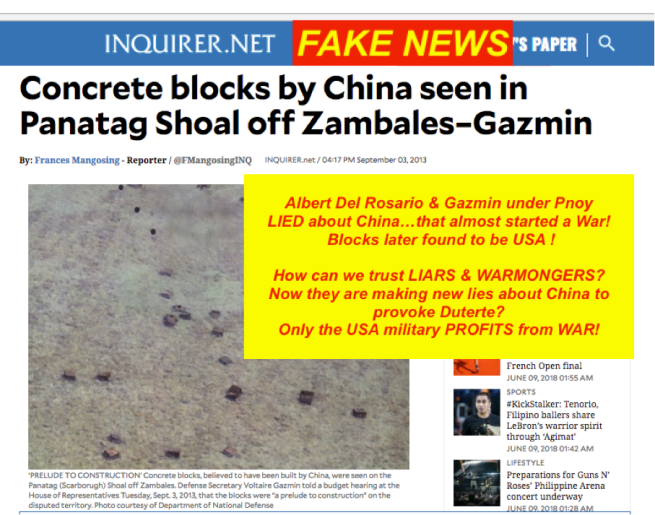 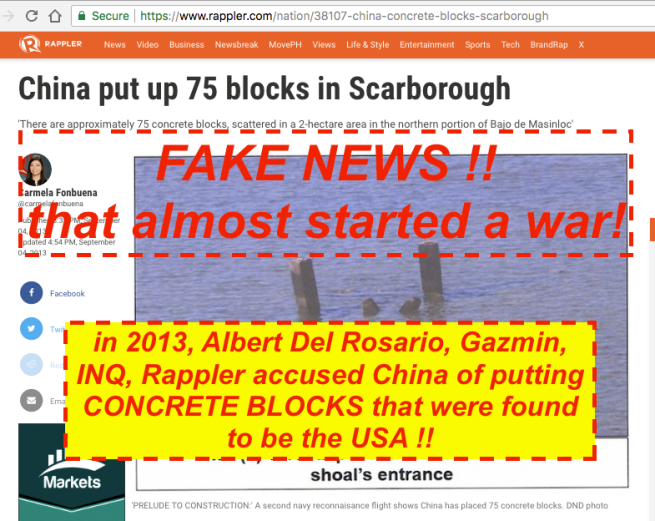 October 25, 2013: AFP admits the US, not China put the concrete blocks in Bajo de Masinloc. NO APOLOGY was ever made. NO ONE PUNISHED.

Ex-DFA Secretary Albert Del Rosario ALLOWED the USA to be a dubious broker, FORGETTING that the USA has repeatedly BETRAYED, INVADED the Philippines, and even MASSACRED the Filipinos just for FUN!

How can the media keep quoting LIARS and WARMONGERS? Now they are demonizing China to provoke Duterte into a shooting war? Only the USA profits from war! 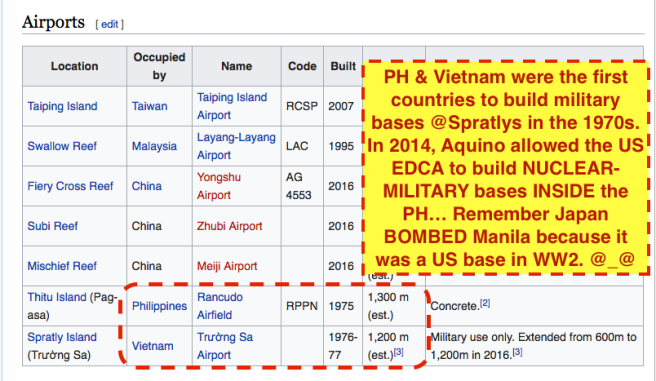 Dear Philippines,
DON’T FIGHT & RISK OURSELVES for US WARS WORLDWIDE.
We Filipinos need PEACE & DEVELOPMENT.
We have more than 100 million mouths to feed.