US has time and time again not only violated its commitment on international peace agreements, but has shown repeatedly that it has no qualms unilaterally pulling out of a deal, even when the other party had already fulfilled/complied with its obligations.

The latest developments in the Korean Peninsula demonstrate how the world has learned that it can no longer trust the US.  More importantly, it validates again the US will not hesitate to drive a wedge between countries that effort to build better relations.

While the US has pushed for preconditions for talks with North Korea, demanding for Pyeongchang to give up its nuclear weapons before talks even start, and continued to provoke the Korean peninsula, the leaders of North and South Korea recently made a historical displomatic breakthrough at the North-South Korea Summit that took place amidst the US attempts to sabotage.

North Korea had countered US preconditions with the fact that the US had betrayed and invaded Iraq and Libya, and murdered their Presidents, when the two countries denuclearized.  How can North Korea trust the US?

In several occasions when a deadlock arose, the US and North Korea requested China to mediate discussions forward.

Now, the US dares to tell North Korea that the former will make the latter rich if North Korea  dismantles its nuclear program, when the reason North Korea is poor is because of the decades-long US embargo on North Korea!

FACT: US made NO COUNTRY rich, most have remained poor under the US, even Puerto Rico.  Major US aid to any country are tied to the military or raw materials extraction or input into the US multinational corporations.  South Korea made itself rich based on building from Asian models of hardwork, entrepreneurship, peace rather than US models of conflict.

After the US repeatedly violated its commitments, impoverished North Korea with decades of embargoes, continued provocations, attempted to sabotage peace talks between North and South Korea; the North and South Korea together with other countries asked for de-militarization and de-nuclearization of the entire peninsula.

The US is not only trying to steal the thunder, but continues to provoke by expanding military operations in the peninsula.

Without the US involvement, North and South Korea have agreed on an unprecedented denuclearization program coupled with an economic program with regional economies that would help both countries promote security and development in the region.

No thanks to the US, who tried to block peace first during the Winter Olympics and then later through efforts to negotiate.

The “little rocket-man” has masterfully exposed and isolated the US warmongers.

The US continues to frame the Korean breakthrough as a result of Trump’s war rhetoric, but forgets the fact that the US war rhetoric has been consistent for the past decades—with no breakthrough.

Given that the peace negotiations will lead to the de-securitization of the region, will the US accept the exit of 30,000 US military in South Korea?

Japan has also been using the “North Korea threat” as a pretext to revise its WW2 Peace Constitution that will allow Japan to arm for offensive war, which the US supports as it will bring a windfall of new sales for the US military-industrial complex.

Short timeline of recent developments that led to the Korean breakthrough: 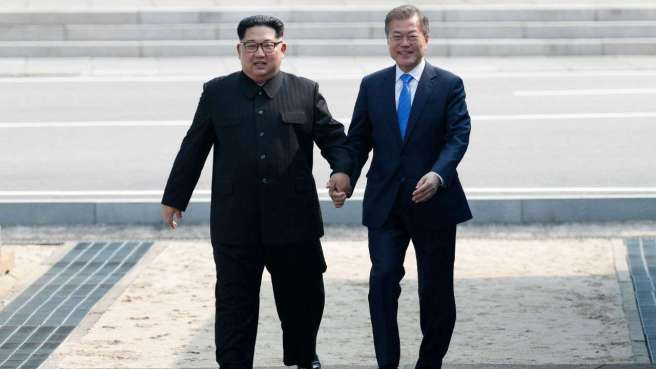 Trump himself acknowledged the help of China in the Korean breakthrough: 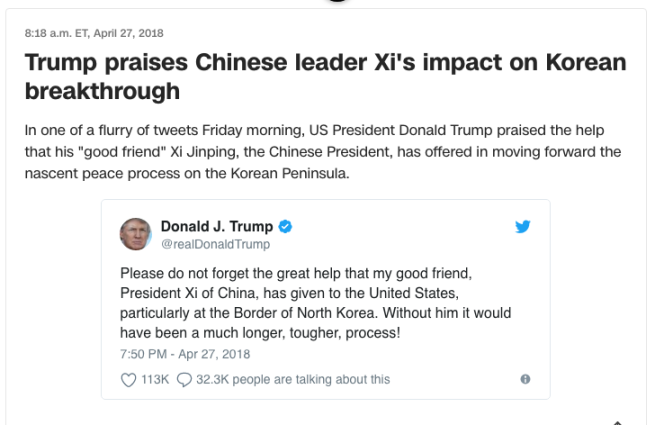 April 17, 2018: Trump sends Secretary of State Pompeo to North Korea while unilaterally pulls out of the Iran Deal, which was criticized the countries worldwide. 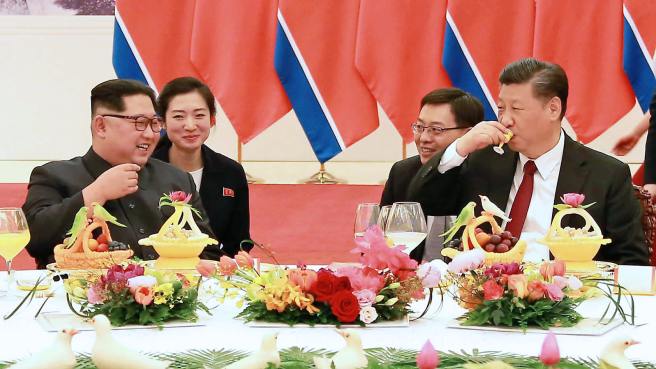 March 13, 2018: Trump fires Tillerson, who was characterized as the moderate and mature voice in the US Foreign Policy.  Tillerson was replaced by war-hawk Pompeo– who has voiced a more aggressive stand against North Korea. 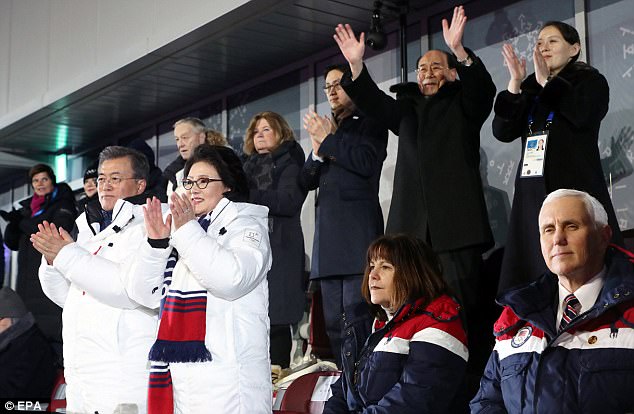 January 31, 2018: The Trump administration rejected the nomination of Victor Cha, one of the most respected Korea experts in Washington, after Cha expressed concerns about Trump’s plan for a “bloody-nose” attack on South Korea, as well as his reservations about Trump’s threats to tear up a bilateral trade deal with Seoul.

January 1, 2018: In Kim’s New Year’s Day speech, he surprised the world with a diplomatic offer to send a delegation to the Winter Olympics, and called for official, high-level talks with South Korea (the first after a two year hiatus).

November, 2017: Japan sends warships to join U.S. carriers for show of force in waters near Korean Peninsula.  Japan has used the “North Korean threat” as a pretext to revise its WW2 Peace Constitution, which the US supports.

First-hand accounts, insights, and in-depth timeline of the decades-old negotiations between the US and North Korea published by the Brookings Institute.  The account when then US Secretary of State Colin Powell went to China in 2003 to ask Beijing to help re-start talks with North Korea, as the US became embroiled in the Middle East due to the US Iraq War, mirrors Secretary of State Pompeo being sent to Pyeongchang while Trump unilaterally pulls out of the Iran Deal.
https://www.brookings.edu/research/the-korean-nuclear-issue-past-present-and-future/