3. #stopUSlies!
US illegal attacks and arming anti-government rebel groups in Syria has killed more than 400,000 civilians, left over a million injured, and created over 12 million refugees. In 2014, the US took in only 132 of the four million refugees from the Syrian civil war. In 2015, the dead body of this 3 year-old Syrian refugee washes up on the beach, one of the millions of refugees displaced due to warzone created by US.  #stopUSinvasions&lies! 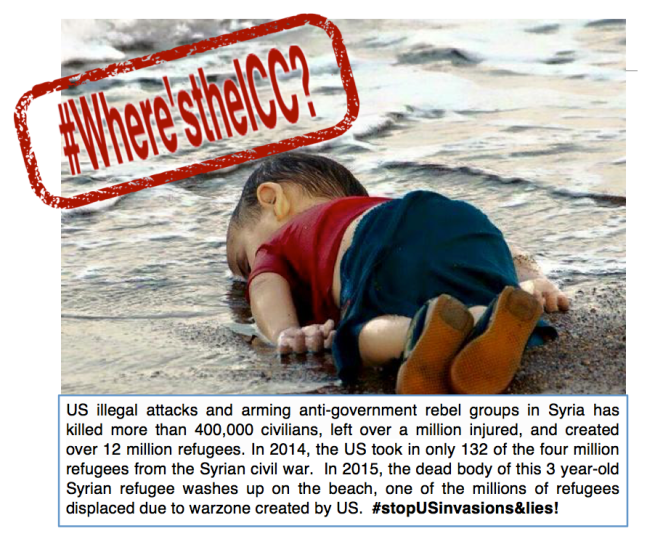